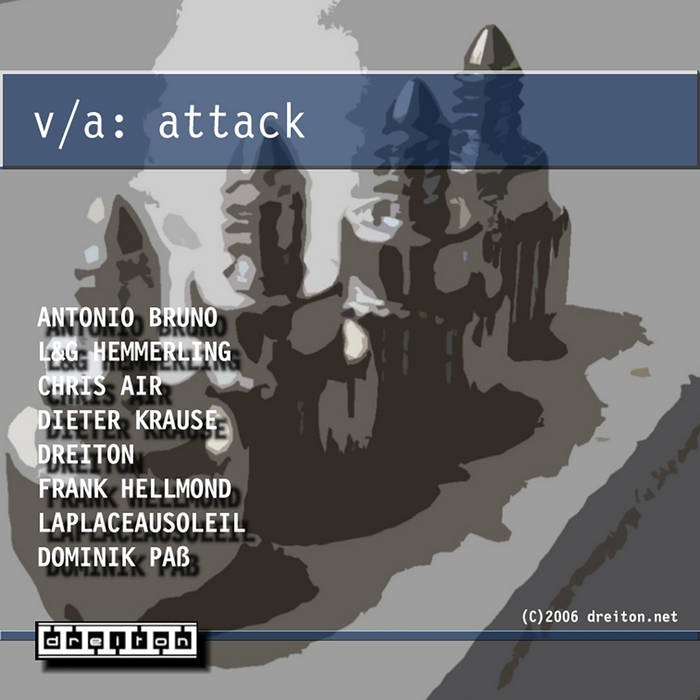 At the end of the year 2006 dreiton.net is representing different projects and artists on the Compilation “Attack”. They created great electronic music between Minimalism, Dub and Ambient. The Compilation is a small jubilee (DN 010). Artists like Chris Air, Dieter Krause (hidden-recording), Laplaceausoleil, Dominik Pass, Lars and Gunnar Hemmerling as well as Antonio Bruno and Frank Hellmond are represented.
All projects of this Compilation and all the others who released at dreiton.net in the last months helped to realise our philosophy and idea of spreading electronic music.